A Brief History of the PPMA

The Processing and Packaging Machinery Association (PPMA) was founded in 1987, born out of a desire to run an exhibition ‘for the industry by the industry’ by eight founder member companies: Sussex & Berkshire Machinery Company; Soteco; Ultrapac; Robert Bosch; ACM Machinery; Engelmann & Buckham; Jenton International; Rockwell Packaging. 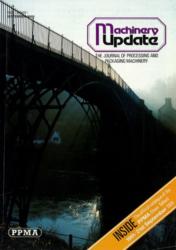 The Association’s launched its first three-day PPMA Show in 1988 at Telford International Centre, which attracted no less than 3,000 unique visitors.

In the proceeding years, the PPMA experienced substantial growth, which included the merger with the Packaging Equipment Manufacturers’ Association and the launch of the PPMA’s official trade magazine, Machinery Update, in 1989.

As the PPMA Show grew in stature, it moved to the National Exhibition Centre (NEC) in Birmingham, creating competition with a larger show, Pakex, run by Reed Exhibitions every three years.

In 2002, Reed and the PPMA entered a joint venture to run the PPMA Show two out of every three years and renamed its Pakex Show to Total Show, which replaced the PPMA Show triennially.

In 2009, the PPMA took over running the secretariat of the British Automation and Robot Association (BARA) and UK Industrial Vision Association (UKIVA) to bring about three associations operating under the trading brand of the PPMA Group of Associations. 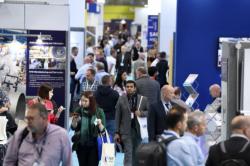 The PPMA and Reed Exhibitions ended its 12-year partnership in 2013, which resulted in the PPMA regaining ownership and management of its PPMA Show in 2014. The company also purchased the major exhibition brands of Pakex and Interphex in the UK, which provided a platform for more manufacturers selling into the UK market to exhibit at future PPMA events.

Also, in 2014, PPMA Group set up and funded PPMA Business Education Skills and Training (PPMA BEST), a charitable incorporated organisation (registered charity no. 1156041) to encourage more young people in Great Britain to take up a career in engineering and more companies to take on apprentices.

In 2019, the Group’s membership grew to over 600 member companies. The PPMA also staged its inaugural PPMA Conference at the National Conference Centre in May 2019, which provided delegates with an array of hot and emerging industry topics.

The PPMA unveiled a new training academy in January 2020, designed (in partnership with Make UK and E3 Leadership Development) to upskill and cross-train company employees through a range of practical engineering and online learning modules.